It is the land based branch of the Indian armed forces. Indian Army is one of the largest standing armies in the world.

Indian Army follows a regimental system but has been divided into 7 commands for operational and geographical reasons.

In a regimental system, the regiments are responsible for recruitment and training of the personnel. These regiments are maintained permanently and develop their unique unitary history which has its own traditions, and functions. 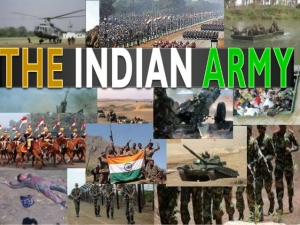 Here are some quick facts about Indian Army:

<< Read about the role of National disaster management authority here >>

There are total seven commands of Indian Army, one among them is the training command. And six are operational commands. Each of these command has direct affiliation to the New Delhi Army Headquarter.

A command usually consists of two or more corps under it (A Corps consists of Army divisions).

The readers are expected to remember the given compilation for the revision before facing any crucial national level examination. If you want us to add any more information to this article, please feel free to mention that in the comment section below. Keep visiting the site as we update new content regularly.