Competition in the economy is the best way to ensure that the Common Man gets access to the widest range of goods and services at the most competitive prices. This more important for a developing economy like ours. With increasing competition in India, the producers have maximum incentive to innovate and specialize in their goods and services. A fair competition results in reduced costs and wider choice to consumers.

The Competition Commission of India is a statutory authority with the mandate to enforce competition Act 0f 2002. The objective of the CCI  is to create and sustain fair competition in the economy which will provide a ‘level playing field’ to the producers, while making the markets work for the welfare of the consumers. 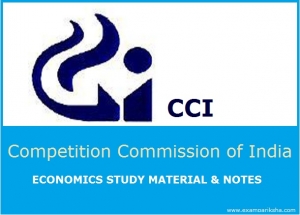 The Competition Act, 2002, after amendment by the Competition (Amendment) Act, 2007, follows the ideals of modern competition laws. The Act established the Competition Commission of India (CCI), from 14th October 2003 to achieve the aforementioned objectives.

The Competition Act 2002 prohibits anti-competitive agreements between enterprises, or the abuse of dominant position by these enterprises. The Act regulates combinations (in form of acquisition, acquiring of control and M&A), that causes or are most likely to cause, any appreciable adverse effect on the competition level within Indian economy.

The CCI comprises of a Chairperson and six Members, who are appointed by the Government of India. The Commission is manned by the following members

The term of office of all the members of CCI is 5 years or till the attainment of age pf 65 years(whichever is early). The members are eligible for re-appointment.

The Chairperson and other members of CCI cannot hold any further employment for a period of two years from the date they cease to hold office in the Commission. But this restriction does not applies to any employment in the Union and State Government authority.

The Competition Appellate Tribunal is composed of a Chairperson and maximum 2 members. Their term of office is 5 years or till they attain the age of 65 years. The members of the tribunal are eligible for re-appointment.

The provisions of the Tribunal allow for a final appeal to the Supreme Court of India if the aggrieved parties are not satisfied with the adjudications of the tribunal.

<< Read about the features of IRDA here >>

We hope this short compilation about the Competition Commission of India (CCI) – Economics study material and notes have been useful for you. We would appreciate your additions and recommendation to the post, if any. Please feel free to suggest any additions or changes to the article in the comments below.