Given below is the List of all Presidents & Prime Ministers of India which is an important topic under general awareness, regarding Indian Politics.

It is important for any well educated and aware individual of the country to know the names of all previous PM and President of India. We recommend you to bookmark this page and come back often to it, to ensure they remain in your memory.

List of All Prime Ministers of India since Independence: 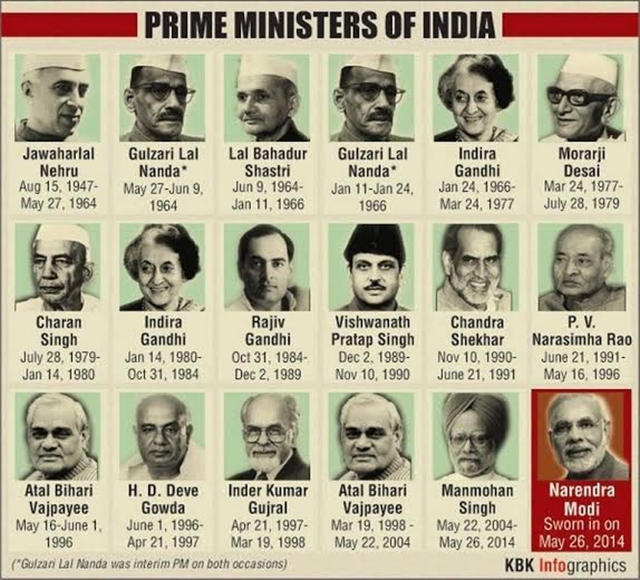 This list has mentioned the individuals who have graced the office of Prime Minister of India in chronological order. For the purpose of numbering the PMs, an individual is counted only one, and acting PM is not included. Hence, techinically, Prime Minister Narendra Modi is 14th individual to be a PM of India since independence.

As you can see from the table above that so far the prime minister’s office has been held largely by Congress followed by other parties.

Fun Fact: Manmohan Singh is first Sikh PM, and also the first prime minister since Jawaharlal Nehru to be re-elected after completing a full five-year term.

Evidently and (thankfully) both these lists do not see frequent updates. We still recommend you to visit this page on a regular basis and go through the names once in while. It’s helpful to quote thee name of President in some Modern Indian History Questions in various examination.