The Rashtriya Swasthya Bima Yojana (RSBY) is an scheme for unorganized sector workers below poverty line (BPL) and their families first launched in the Financial year 2007-08 and it became fully operational from 1st April 2008. The ‘’Unorganized workers social Security Act, 2008” came into operation from 31st December 2008. 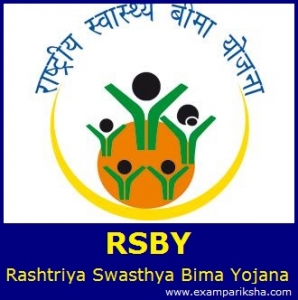 Rashtriya Swasthya Bima Yojana (RSBY) was initially launched by the Ministry of Labour and Employment, to provide health insurance coverage for the Below Poverty Line (BPL) families.

Starting 1 April 2015, the Rashtriya Swasthya Bima Yojana (RSBY) of the Labour and Employment Ministry will now be implemented under the Ministry of Health and Family Welfare.

To provide protection to BPL households from financial liabilities which arise out of out-of-pocket (OOP) payments for health shocks that involve hospitalization.

In India, the estimated workforce amounts to 47 crores, out of which only 8 crore are organized workers while 39 crore are workers in the unorganized sector.

Even though the Government is providing ‘free’ health services, the policy makers have identified that the ‘free’ government health services are not meeting the needs of the community. This is the reason why a great deal of out-of-pocket expenses are still taking place, which lead to indebtedness in turn. The poorest sections of society bear the brunt of it, as is evident.

Moreover, since 94% of the workforce in India works in the unorganized sector and, hence, does not enjoys the desired social security cover available in the organised sector. There is a need for a Government sponsored health insurance cover.

The target group of RSBY is the Poor, illiterate and migratory worker of unorganized sector.

The RSBY scheme has been appreciated by the World Bank, the UN and the ILO, as one of the world’s best health insurance schemes.

The Funding of RSBY:

What are the Unique Features of RSBY: 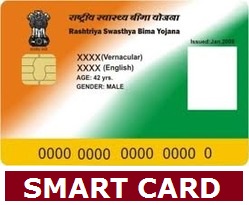 The RSBY scheme is different from other schemes in various important aspects: