In legislative relations, there is a three tier divisions of power in the Constitution. We follow a system in where there are two subject lists describing legislative powers, known as the Union List and the State List respectively. There is an additional list called the Concurrent List. The Union List which consists of 100 subjects of national interest and it s the largest of the three lists. It has some important subjects included in this list are: Defence, Railways, Post and Telegraph, Income Tax, Custom Duties, etc.The Parliament has exclusive power to make laws on subjects listed in the Union List for the whole country.

The State List consists of 61 subjects like Trade and Commerce within the State, Police, Fisheries, Forests,local governments, theatres,  Industries, etc. The State Legislatures have power to make laws on the subjects included in the State List.

The Concurrent List consists of 52 subjects like Stamp Duties, Drugs and Poison, Electricity, Newspapers, criminal law, labour welfare, drugs,etc. Both the Parliament and the State Legislatures can make laws on subjects included in this list. But in case of a conflict between the Union and the State law regarding a subject, the Union law prevails over the State law. Parliament has the power to legislate over all subjects not included in any of the three lists. And, under certain circumstances, the Parliament can legislate on the subjects mentioned in the State List also.

The executive power of the State is to be exercised in compliance with laws made by the Parliament. Also, the Union Executive is empowered to give directions to a State, when necessary like- construction and maintenance of means of communications, declared to be of national and military importance, and also on the measures for the protection of Railways.

The parliament can adjudicate on inter-state river disputes.  Furthermore, a provision has been made for an Inter- State Council to advise
the President on inter-state disputes.

The State governments can delegate few of its administrative functions in the State subjects, to the Union Government for a period of time.

The Constitution of India has provisions to ensure uniformity of the administrative system. It  includes the creation of All India Services such as IAS and IPS and allocate them to key administrative positions in the states. The presence of All India Service Officers paves way for the Central Government to exercise its authority and control over the states through them, as the Union has authority over the members of All-India Services. The members of these services are recruited by the center but appointed in the States. No disciplinary action can be taken against them by the State Governments without the permission of the center.The Constitution has provision for creation of new All India Service by the Parliament on recommendation of the Rajya Sabha.The Union Government has powers to direct and interfere with the state autonomy in the field of administration. 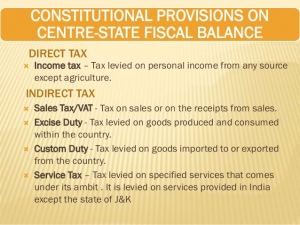 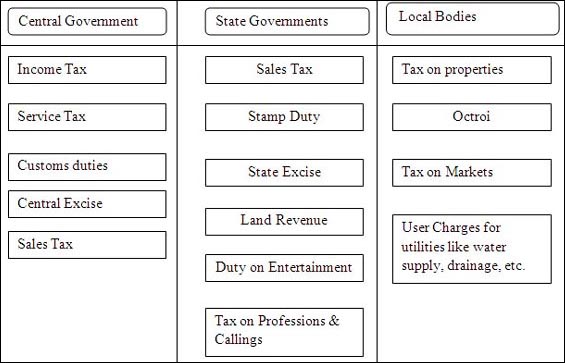 Additionally, center can exercise control over the state finances and grants-in-aid (general and special) to meet their expenditure. During financial emergency, provisions regarding division of taxes between the center and the State can be suspended,  restrictions on the expenses of the State can be put in place.
States have to carry out the Centrally-sponsored schemes. The Planning Commission has an over-centralized planning system where the states can not take initiative in the centrally formulated schemes that have been imposed upon them.