Endogenic and exogenic forces that cause physical stresses and chemical actions upon earth materials and bring about changes in the surface configuration of the earth are known as Geomorphic Processes. The Earth’s surface is continuously exposed to endogenic as well as exogenic forces.

Gradation – Phenomenon of wearing down of relief variations of surface of earth through erosion. Exogenic forces lead to either degradation or aggradation.

Geomorphic agents – Any exogenic element of nature which is capable of acquiring and transporting earth material is an agent. Examples, water, ice, wind.

Role of gravity and gradient:

These are processes emanating from the interior of Earth and induce diastrophism and volcanism in the lithosphere.

Endogenic forces – are mainly land building forces. They arise from radioactivity, rotational friction, tidal friction and primordial heat from the origin of the earth.

Distribution – variations in geothermal gradients, heat flow from inside of earth, crustal thickness and strength, cause the action of endogenic forces be non-uniform. Hence, the tectonically controlled original crustal surface is uneven.

All processes that involve moving, elevating or building up components of the earth’s crust are categorised as diastrophism.

These processes are studied under following heads:

All the above four processes exhibit following characteristics which induce metamorphism of rocks:

The movement of molten rock (magma) over, or towards the earth’s surface while also forming various intrusive and extrusive volcanic forms.

These processes are mainly land wearing processes. They derive their energy from atmospheric sources including the Sun and gradients of tectonic factors.

Molecular stresses: they occur due to temperature changes, crystallization and melting.

Weathering is defined as mechanical disintegration and chemical decomposition of rocks through the actions of various elements of weather and climate. It is in-situ ( on site) process. Climate is main factor, also topography and vegetation.

It is caused by thermal expansion and pressure release. when repeated, cause continued fatigue of the rock. 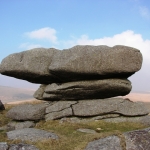