What is a landslide?

A landslide is the gravitational movement of a mass of rock, or mass of earth or debris, downwards on a slope. It generally occurs when a hilly slope becomes unstable due to natural reasons such as groundwater pressure acting to destabilize the slope, volcanic eruptions, earthquakes, erosion, etc.

Landslides are induced by human activities such as deforestation, dynamite blasting of rocks, earth work, constructions, vibrations from big machines, etc. The activities that require cutting down of trees are mainly considered to induce landslide in prone areas. The trees work through their roots that hold the soil in place. 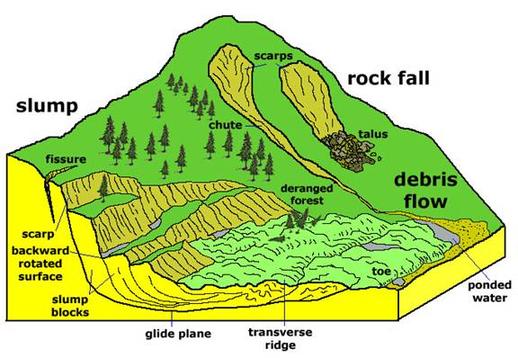 Effects of Landslides in India?

Generally landslides are triggered by heavy or prolonged rainfall. Landslides cause severe damage to lives and property while also causing disruption in communication networks and movement of traffic.

Causes of Landslides in India – Reasons

The major areas affected by landslides in India are divided mainly in following regions as landslide-prone areas in India. These are based on landslide hazard zonation:

The following map of landslide prone areas in India will be useful in remembering the areas mentioned above. 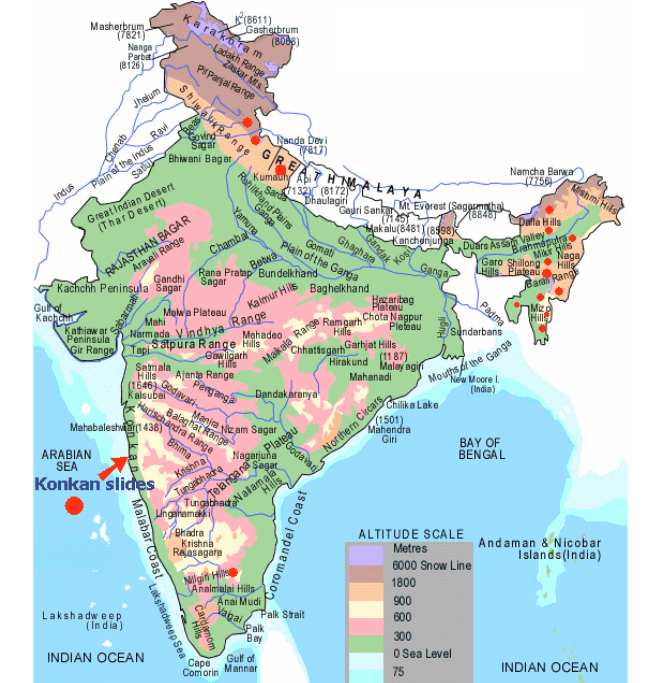 Areas prone to landslides in India on map

The Nodal agency responsible for early warning of landslide disaster in India is – Geological Survey of India.

Mitigation Steps for landslides in India