Governments have been classified into Unitary and Federal based on distribution of power between national and regional governments. In a federal set up there is a two tier of Government with well assigned powers and functions. In this system the central government and the governments of the region act within a well defined sphere, co-ordinate and at the same time act independently.

The federal polity, in other words, provides a constitutional device for bringing unity in diversity and for the achievement of common national goals. Hence, India was made a Federal system of government. 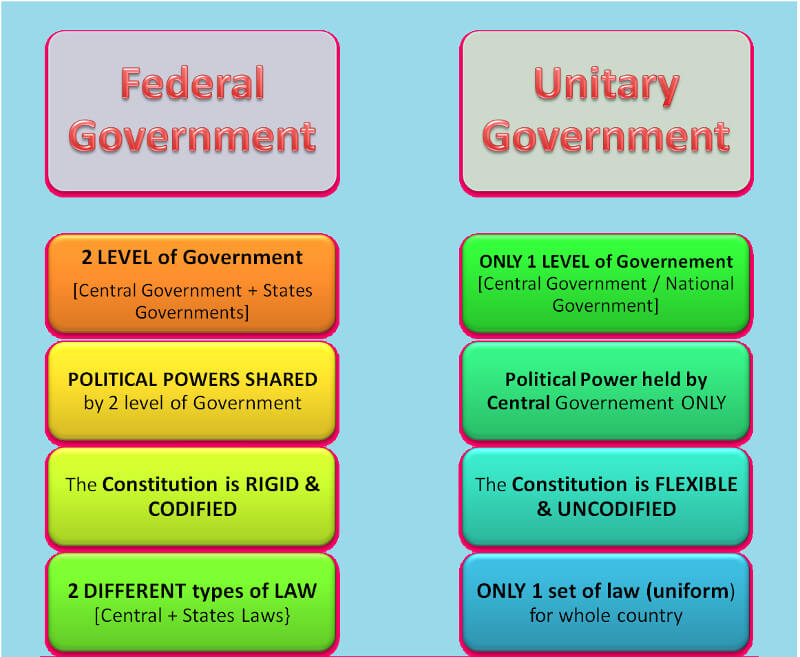 Features of Indian constitution that makes it federal are listed in the following points:

In spite of the fact that the Indian Constitution establishes a federal structure, it is indeed very different then a true federation. The framers of the Constitution have modified the true nature of Indian federation by incorporating certain unitary features in it. These are :

This has led to the contention that the Indian constitution is federal in form but unitary in spirit.

Constitutional experts call it ‘semi-federal’ or ‘quasi federal’ system. This is unique to India.