The Literary award Jnanpith or Gyanpith is one of the highest literary honour in India. Some call it Gyanpeeth award also.  The award is meant to recognize, nurture and promote the excellence in writing in all recognized Indian languages. It is awarded only to Indian nationals.

In recent past, there have been a few questions asked on this topic. Since the topic of Jnanpith Awards is a very simple topic, this quick compilation will help the aspirants in answering random questions from here.

>> The Jnanpith award is awarded every year for best creative writing to an Indian citizen in any of the 22 languages that are included in Schedule VIII of the Indian Constitution. English has also been included for consideration of the award from 49th award onwards.

This Award is sponsored by the Bharatiya Jnanpith Trust, which is a literary and cultural organisation that was set up in 1944, by the late Sahu Shanti Prasad Jain and his wife Rama Jain. The Jain family are the publishers of The Times of India newspaper. This award is considered to be the most prestigious literary award of the country.

The Jnanpith Award : It carries a cash price of Rs 11 lakhs, a citation plank and a bronze replica of goddess Saraswati ‘Vagdevi’.

Side read: Read about the basic structure of Indian constitution here 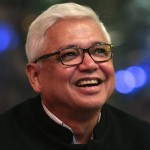 The most recent Jnanpith Award has been the 54th Jnanpith Award to Amitav Ghosh  for “outstanding contribution towards literature”. Ghosh’s novels include Shadow Lines, The Glass Palace, The Hungry Tide, and the Ibis trilogy — Sea of Poppies, River of Smoke, and Flood of Fire. The Indian government awarded Ghosh the Padma Shri in 2007.  Ghosh is also a recepient of Sahitya Akademi Award, Ananda Puraskar and Prix Medicis Award from France. He was elected as Fellow of the Royal Society of Literature in 2009. He was also shortlisted for Man Booker prize 2008.

The 53rd Jnanpith Award was given to eminent Hindi Litterateur Krishna Sobti, who is

known for creating bold and daring characters in her stories. She experiments with new writing styles and her language is highly influenced by the intermingling of Hindi, Urdu and Punjabi cultures. Her celebrated works include Mitro Marjani, Daar Se Bichhudi, Zindaginama, Badalom ke Ghere, Ai Ladki, Dil-o-Danish and Gujarat Pakistan Se Gujarat Hindustan. She has been the recipient of many coveted awards, including Hindi Akademi Awards, Shiroman Awards, Maithli Sharan Gupt Samman, Sahitya Akademi Fellowship and Padma Bhushan(she declined).

The 52nd Jnanpith Award was given to veteran modern Bengali poet Shankha Ghosh for year 2016. He is a leading authority on Rabindranath Tagore. Ghosh was conferred the Padma Bhushan in 2011 and the Sahitya Academi award in 1999. Shankha Ghosh is the seventh Bengali author to win India’s highest literary award.

This list is updated and maintained with the latest information regrading the Gyanpeeth Awards.

We hope this short compilation of List of Jnanpith (Gyanpith) Award Winners – General Awareness Study Material & Notes will be useful for the candidates of various examinations. If you want us to make any additions to the article, you can mention them in the comments below.

<< Read about major ports in India >>