The questions about the location of various National Parks come up in every General Knowledge section of competitive exams. Especially the examinations conducted by the UPSC, have a peculiar tendency to ask atleast one question on the location of protected areas in India. The problem for aspirants is the humongous number of these Protected areas in the country. The sheer number of National Parks is huge as you can see by scrolling down. To be able to answer any questions related to these, one is required to revise the given list frequently.

To assist you in this process of learning the location of these National Parks in India, we have compiled the State/ Union Territory – wise list. This would make the process of recalling easier for those who take up the task of not leaving any stone unturned for success in the exam. We would suggest you to bookmark this page (Ctrl+D) so that you can come back to the page as when your time permits.

There are many National Parks in India spread across various states and Union Territories. These National Parks are categorized as “Protected Areas” declared under the Wildlife Protection Act of 1972 to protect the habitats of residing species.

We hope this short compilation was useful for our fellow aspirants. This list of National Parks in India is not exhaustive, considering the new and pending projects getting commissioned during the course of time. We endevour to keep this list up to date with latest list of national parks. Here is a tentative map showing prominent National Parks to give an idea about the location of these national parks. 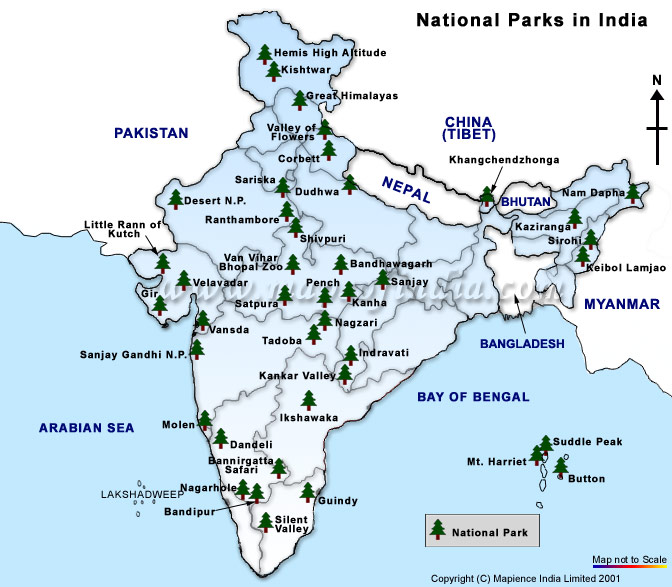 Nevertheless, our readers are most welcome to suggest any further additions to this list of national parks in India. You can mention your suggestions in the comments below.