The Parliament of India has two Houses– Rajya Sabha and Lok Sabha. The Rajya Sabha is also known as Upper House, representing the States of India. The Lok Sabha is known as Lower House, it is also called popular House because it represents the people of India.

The qualifications required for becoming a member of Rajya Sabha are as follows:

Quorum is the minimum number of members of an assembly that must be present at any of its meetings to make the proceedings of that meeting valid. The quorum to constitute a meeting of Rajya Sabha is one-tenth of the total members of the House, i.e., 25 members.

Any Indian citizen is eligible of becoming a member of Lok Sabha if he/she fulfils the following qualifications:

The normal term of Lok Sabha is five years. But the President, can dissolve it before the expiry of five years term on the advice of Council of Ministers. Also, in the case of national emergency, the term of Lok Sabha can be extended for one year at a time. But this should not exceed six months after the emergency is over.

Presiding Officials of the Lok Sabha: 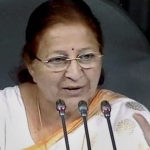