THE POLITICAL HISTORY OF THE MAURYAN RULERS 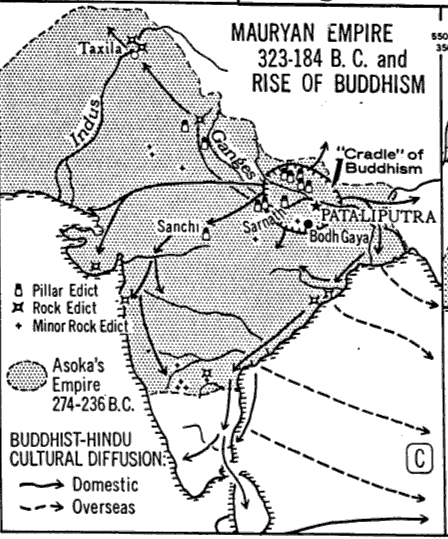 Just after 50 years to the death of Ashoka, the Mauryan empire fell apart. This has been attributed to his weak successors who could not keep the vast empire intact. Partly the blame is put on the pacifist policies of Ashoka which caused a decline in the military powers of the empire. Some scholars argue that, Ashoka’s welfare policies must have been very extravagant that caused a downfall of treasury, and hence leading to a weakened economy.