Nuclear energy is the fourth largest source of electricity in the country after thermal, hydro and renewable sources. The electricity demand in India has increased rapidly, nearly doubled between 1990 and 2011. There is an acute demand for a reliable power supply source. India has five power/electricity grids – Northern, Noerth-eastern, Eastern, Western and Southern. For a growing country like India, as much investment in grid system as in power plants is necessary.

The following table gives the details of these nuclear power plants in India along with their host state. 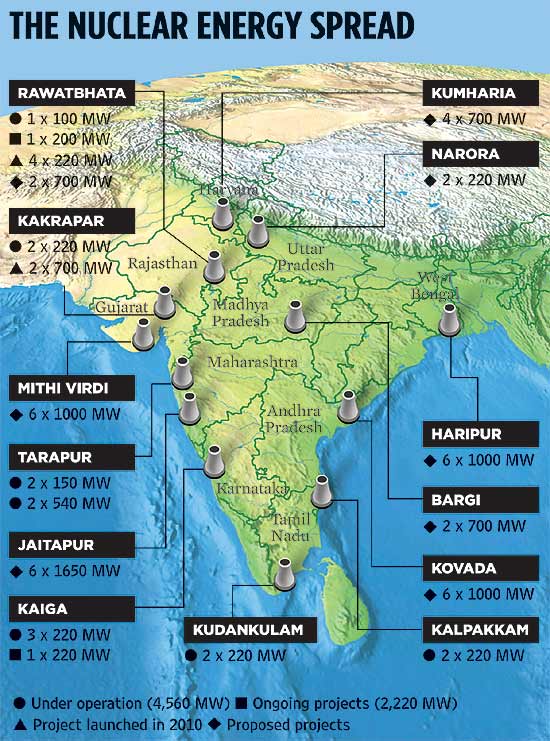 There are few planned projects in final stages of approval:

The Atomic energy from the Nuclear Power Plants is being utilized in following manner by different states.

We have given this list of Nuclear Power Plants in India for benefit of aspirants of different exams like NDA, CDS, IAS, etc. Especially the exams conducted by UPSC often have questions about location of different Nuclear plants. This short compilation would help in revision of such details which is missed in regular preparation. Please mention any additions in the comments section below.

<< Click here to Read about Chola Kingdom Art and Architecture>>