Indian Parliament has three broad parts, namely – The President, Lok Sabha and Rajya Sabha. The time period during which the Parliament meets to conduct its procedures and business is known as a session. 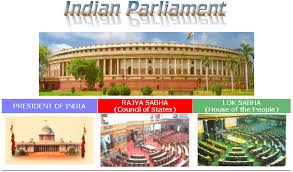 According to Parliamentary convention, it generally meets for three sessions in a year. Following are these sessions:

Special session: The constitution of India makes provisions for special circumstances where sittings of parliament can be called for if members of parliament disapprove the Emergency imposed. For this a minimum 1/10th members of Lok Sabha request the speaker in written note. 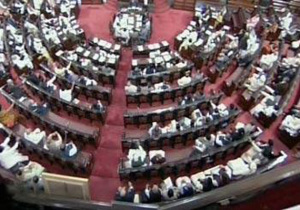 The sessions of the house are terminated in three following ways:

It merely postpones further the proceedings of the house for a specific period of time. It has no effect on pending proceedings like notices, motions, resolutions, or bills.

This is done by the President of India under the exercise of his powers mentioned in Article 85. Prorogation puts an official end to a session of parliament. All pending motions,notices and resolutions lapse. However, it does not have any effect on pending Bills.

This happens when the term of Lok Sabha expires either after 5 years of its Constitution or by Presidential power to dissolve Lok Sabha under Article 85(2). Dissolution is applicable only on the Lok Sabha and not on the Rajya Sabha, since it is a permanent house, does not gets dissolved.

Since the President is responsible for prorogation and dissolution of the parliament , and also summoning of its sessions, he is an integral part of the Parliament. It should be noted that he does not sits in the House.