A Volcano is basically an opening in the Earth’s crust through which heated, materials usually in form of magma are ejected out to the surface of Earth.

Volcanism: It is the activity of eruption or ejection of molten rock on the surface of Earth from an opening called vent.

Lava: When magma reaches the surface, it is known as Lava. This is what comes out from a volcano. The area on which it moves is called “lava flow”. Lava has various forms – thick and slow moving or thin and fast moving.

I. Volcanoes are classified on the basis of their periodicity of eruption in three types:

II. Volcanoes are also classified based upon their mode of eruption:

III. Classifies on the basis of form developed at the surface volcanoes are described as: 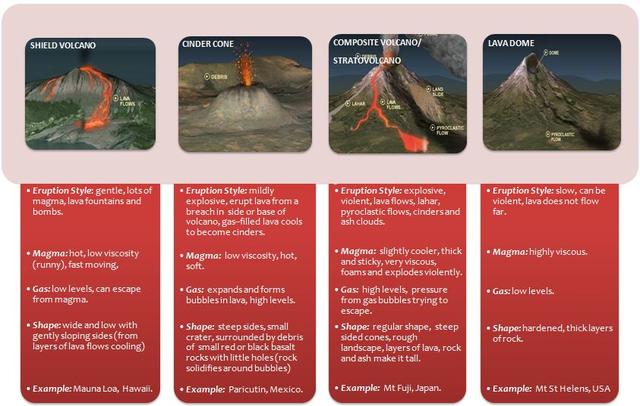