The Earth shows two types of motions which leads to seasons and day-night patterns. These motion are – rotation around its own axis and revolution about the Sun. 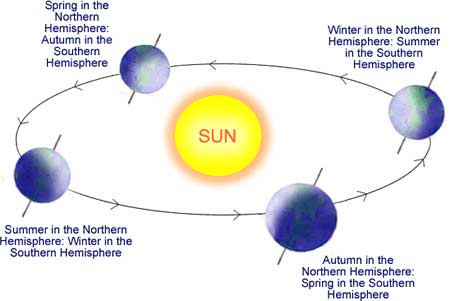 There are a few terms associated with these movements, which are essential for complete understanding of the concepts involved in sesonality and Time descriptions regarding the Earth.